Passport Portraits of Yesteryear no. 51

Continuing the series of passport portraits in my collection.
Peruse and wonder. 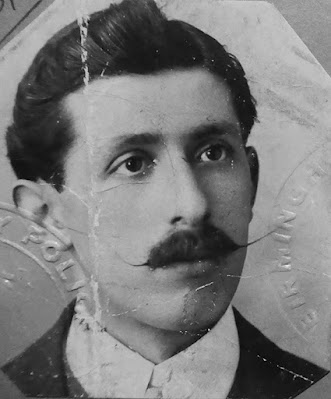 At the end of the nineteenth century, the world was introduced to a Russian word, pogrom, meaning, ‘to demolish violently or to cause havoc.’ It was applied in the 1880s to the anti Jewish riots which erupted after the assassination of Tsar Alexander II.
Many of the Jews fled Russia and it was their influx into London and their concentration around the dock area which caused the British government to react to the contemporary public opinion and introduce the Aliens Act 1905 to control immigration.
Emmanuel Cohen arrived in the UK from Russia with his family at the age of five in 1893. He grew up, moved to Birmingham, married a lady called Cordelia and set himself up as a baker. He was naturalised as a British citizen in 1925.