This is the state of the blooms in 2017 – several successes on the road side and the river side of the wall. Unfortunately the seeds which I sowed last autumn in the regular gaps which had been left in the hedge growing in front of the wall have all been sprayed with weedkiller by the Highways Authority. It seems that they wish to retain these short views of brick wall so that the graffiti vandals have something to deface. After all, graffiti is much prettier, isn't it?
Posted by Martin Lloyd at 20:20 No comments:

Broadstairs on a sunny day.

One day when you have the time to spare, take the no. 11 double deck bus from Canterbury to Broadstairs. It is the indirect route through the villages, skimming beside the roofs of thatched cottages and obliging oncoming cars to reverse to allow it to pass. 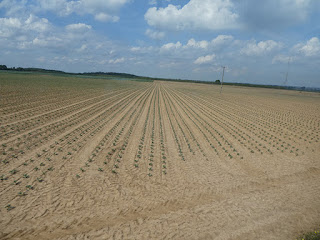 As you are driven through the cultivated tracts of this corner of Thanet you realise why it is referred to as 'Cabbage Corner.'
Posted by Martin Lloyd at 09:19 No comments:

On Romney Marsh with a bicycle.

I am not really into churches, despite what appears on this blog, it's just that apart from churches, Romney Marsh only has sheep and they all look the same to me.
This is the church at Brooklands. Because of the soft nature of the marshy soil, it was thought, probably correctly, that the foundations would not support the weight of a bell tower, so the tower was constructed alongside in the churchyard.


It is clad with cedar shingles.
Difficult to depict with a camera which will always distort perspective is the alignment of the nave arches. They do, in real life, splay outwards, possibly due to the soft foundations. Perhaps the weight of a bell tower above them might have held them vertical....?


The eleventh century fount is made of lead and depicts at the top, signs of the zodiac and below, agricultural workers with their various tools.

Just along the road in the churchyard of St.Clement's Church, Old Romney is the grave of the film director, Derek Jarman. It bears simply his signature chiselled into the headstone and some pebbles, (possibly from his garden at Dungeness?) aligned along the top edge.

Passport Portraits of Yesteryear no. 28 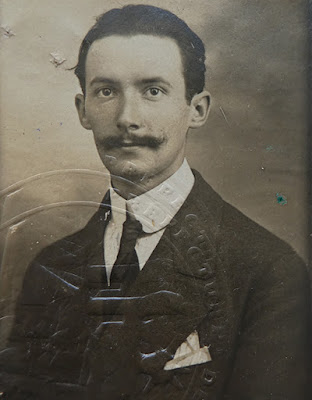 Joseph Beaurepaire, a French engineer working for the Société Hydro Electrique de l'Eau d'Olle in 1918 was living at 9, rue Paul Bert in Grenoble at the time.

This is his photograph on his sauf-conduit issued to him by the Prefecture of the Isère which permitted him to use a motor car, registration number: 753 H2, for his business in and around Grenoble. It could only be used in conjunction with his petrol ration book and was valid for two weeks.

The use of the vehicle was reserved strictly for his business and he was entitled to this allowance because he was employed by a company which was, 'working for the national defence'.
Posted by Martin Lloyd at 12:49 No comments: 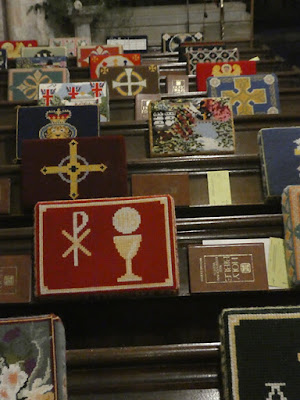 Posted by Martin Lloyd at 09:44 No comments: