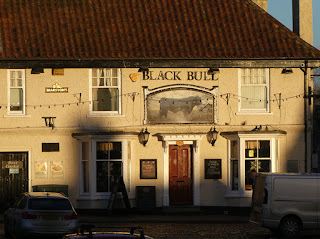 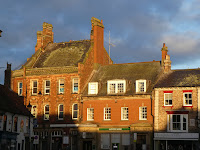 Wakey Wakey time for the pigeons.

How to hack into a Mac.

Listening to BBC Radio 4 this morning I was shocked to hear that Apple had discovered an easy hack into their latest operating software. My shock was not so much at learning that the hack existed but rather that the BBC announcer explained the key strokes necessary to achieve success.
So now we can all do it.
Jolly good.
Posted by Martin Lloyd at 17:58 No comments:

I recently worked in Bromley and revisited the
Bromley Court Hotel.

I was aware that it had been a private residence and was over two hundred years old but I had not heard of the part it had played in the popular music scene of
the 1960s.
The 'Bromel Club' had hosted such names as The Rolling Stones, Manfred Mann, The Who, Pink Floyd and David Bowie. Even Jimi Hendrix had played there. 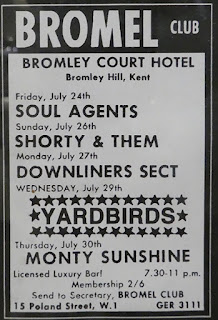 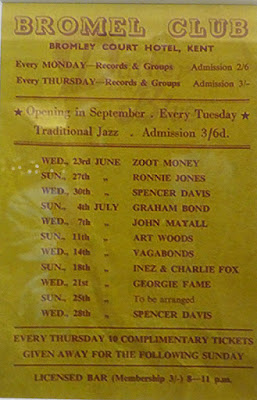 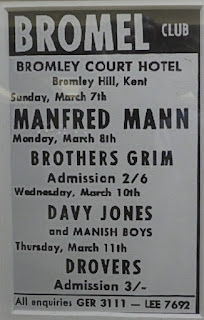 Have a peruse of the contemporary adverts for the club and decide which evening you would have liked to have attended.

I think I would have gone to see Monty Sunshine, regardless of the expense, all of half a crown.
Posted by Martin Lloyd at 11:21 No comments:

Passport Portraits of Yesteryear no. 30. Escaping the Russian Revolution.

Continuing the series of passport portraits in my collection.
Peruse and wonder. 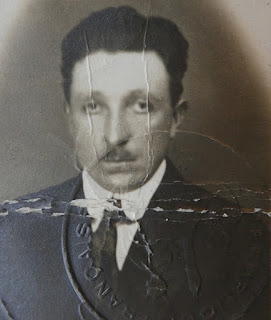 It is the 10 April 1917 and Alphonse Foirée, a 33 yr. old Frenchman is in Petrograd.
Eight weeks earlier starving civilians demonstrating in the street were fired on by the army. Many were killed. Some of the soldiers are now shooting their officers and
Tsar Nicholas II and his family are under house arrest. Lenin has returned and the country is on its way to the October Revolution.
Monsieur Foirée considers that it is time to leave. This is his photograph on the passport issued to him by the French Consul in Petrograd. He leaves on a ship to England and from there regains his native country... which is enmired in the trench warfare of the First World War.
Posted by Martin Lloyd at 12:06 No comments:

Where has Hatfield Aerodrome gone?

I never have enough time in hand when I visit Hatfield. My first contact with the town was as a van boy for the sausage and pie manufacturer, Brazil's of Amersham in the late 1960s. I was the salesman's runner and we regularly delivered food to what was by then the canteen of Hawker Siddeley. The name originally associated with Hatfield is, of course, De Havilland, for it was they who built their private aerodrome and works here in the 1930s. During World War 2 the Mosquito bomber was built but the most famous development must be the design and manufacture of the world's first jet airliner, the De Havilland Comet.


Opposite our hotel in Comet Square there stood a modern public house. It is unusual in that Wetherspoons built it in 2015 and I thought that this company specialised in converting existing buildings rather than building new ones. The original Harpsfield Hall was part of the farm which De Havilland purchased and converted into their aerodrome – the hall being demolished to make room for the runway. 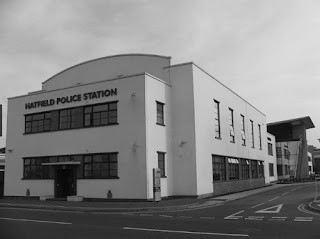 Just down the road is the police station. It is an art deco building in keeping with the style of the original buildings on the aerodrome.  Some sources state that this was the former canteen. So, is this where I delivered my sausages and pies 47 years ago?

I don't know. I do know that on my next visit I will make the time and follow the Hatfield Aerodrome Heritage Trail which explores the university campus.