Yesterday I went on the East Kent Spokes annual cycle ride to Ardres which is a town a few miles inland from Calais. Most of the route is alongside the canal which is pleasant for being flat and seldom used by motor traffic. As we pedal through the town, newcomers to the ride often gawp at the striking design of the Calais Lace Museum.

Or they wonder at the purpose of various lumps of German concrete left over from World War 2. Having surveyed over the years the vestiges of many V1 and V2 launch sites in Northern France, along with coastal batteries, anti-aircraft sites and radar installations, I am usually pretty good at working out what any particular construction was designed to do, but this one always leaves me baffled. If you have any ideas of its function, do let me know.

But for me the highlight of the day is arriving at Le Pont d'Ardres (the Bridge of Ardres). It is a superb example of the Geography teacher's communications knot. Here, the Calais to St. Omer Canal meets the Ardres Canal exactly where the main road from Calais to St Omer, the N43, is crossed by a minor road, the D228. Knit into that four towpaths and another minor road and you have a pretty complicated junction.

This was the solution that the French engineer Monsieur Barbier proposed in 1750-- Le Pont Sans Pareil. 'The Bridge with No Equal.' It was effectively a hemisphere pierced by four cylinders. And as if that was not complicated enough, to complete the communications list, when, later, the railway arrived, it was slipped in alongside. The importance of such a nodal point; the junction of two canals, three roads and a railway line, did not escaped the retreating German army in 1944 who blew it up.

In 1968, the Pont d'Ardres replaced the temporary structure which had been erected after the war.

Here you are looking northwards on a road bridge which spans the Ardres canal. In front of you is the railway line, beyond that, the four-branch crossroads of the Pont d'Ardres itself under which the two canals meet. 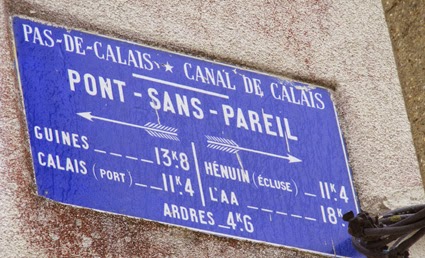 Although they now call the area, Le Pont d'Ardres, the old sign on the big white building tells a different tale.

To add a mischievous observation, in this time of national retrenchment in the face of threatened European federalism, the construction cost of the Pont Sans Pareil was 123,672 livres, 3 sols, 6 deniers.

Does that remind you of anything?

Posted by Martin Lloyd at 16:00 No comments:

Underneath the Mellow Moon

I love to hear the old dance tunes of the 30s and 40s when a tune had melody and a song had lyrics. I was reminded of one last night when I glanced out of my back window and saw the moon rising through the trees. 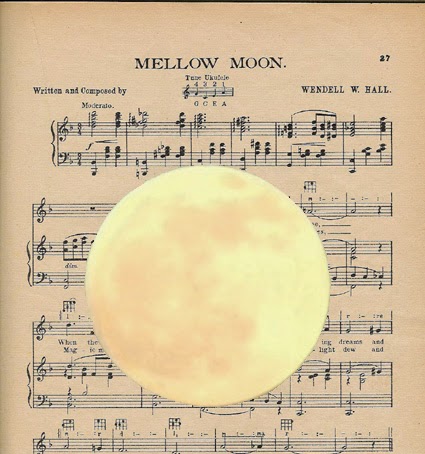 
Sing it in slow waltz time.

Posted by Martin Lloyd at 12:10 No comments:

No it is not a firm of solicitors. Yesterday I gave a talk in Banstead which is what I would call an urban village, having a village feel about it but located indubitably in the suburbs of London. In the church there is a stained glass window which was designed by Rossetti and Morris and installed when the church was undergoing its nineteenth century restoration. My ignorance confused me. I knew of Christina Rossetti as a poet and that she had a brother, Dante Gabriel Rossetti who also had a poetic bent but I did not know that he was a painter. My confusion was not ameliorated in any way by discovering that the designer William Morris whom I knew to be a painter was also a poet and that it was Rossetti who had persuaded him that he should develop his painting rather than his poetry.


I don't know what I was expecting from the window -- perhaps something more flamboyant or 'decorative'. The figure on the left is Ezekiel, by Rossetti and that on the right, John the Baptist by Morris. 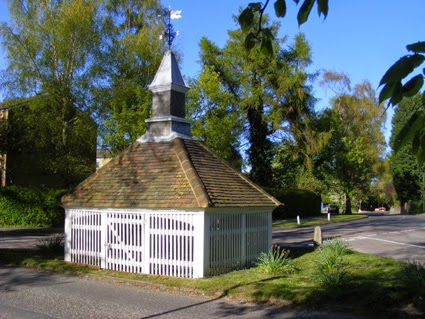 Just around the corner from the Banstead Community Hall where I gave my talk I found the old village well. This had supplied the water for the village until piped water had arrived in the late nineteenth century. So the workmen who had installed the stained glass window had used water from this well although they had probably drunk something stronger.
Posted by Martin Lloyd at 22:01 No comments:

Alison in the Rue Amelie

This street in the seventh arrondissement of Paris is attracting visitors on a literary quest. They have read my thriller, Rue Amelie and they want to see for themselves where the hero, Joel LeBatard, lived. Is that the launderette whose proprietor gave him credit when he was down on his luck? (Yes it is.) That policeman standing on the step of the police station, is he the one with whom LeBatard regularly traded insults? (Probably not.) Does Joanne still run the Cafe Clerc? (No, the cafe is now a dress shop.)

And just to prove they have been there, they send me a photograph. So next time you go to Paris, take your copy of Rue Amelie with you. Follow the action and find the locations as you sightsee. And send me a photograph to put on my blog. Please.
Thank you Alison.
Posted by Martin Lloyd at 22:49 No comments:

I should have been indoors, proofreading my latest book but the sun was shining. Outside my kitchen window a pair of blue tits were pecking at the peanuts and a chaffinch was crunching the sunflower seeds. The buds on my Kentish Cobnut tree were just pushing through after the serious pruning that I gave it in the Winter. I hope to harvest a few thousand nuts from it this Autumn. My daffodils in the shade were still trumpeting yellow and the grape hyacinths pointing imperative blue fingers at the umbrella foliage of my hollyhocks. So I dragged my bicycle out of the shed to cycle to work.

I work at home. So I cycle from my front door to my back door via the village of Stelling Minnis -- a round trip of sixteen miles. Aren't we lucky to live in a country that has distinguishable seasons? Everything is fresh and exerting itself in the Spring, by Summer it is mature, fully established and confident.


With the approach of Autumn one can detect a smidgin of misgiving. Was it all too good to last? Then the truth arrives with Winter and suddenly all is fighting for survival.

This is East Kent in the Spring.
Now what would you rather be doing -- working on a computer or riding a bicycle?
Posted by Martin Lloyd at 20:19 No comments:

Fun at the London Book Fair

It's that time of the year again when everybody who is anybody, and quite a number who are nobody, all converge on the exhibition hall at Earl's Court for the London Book Fair. To be a genuine fair-goer, it is essential that you can hail an obscure contact by his or her Christian name without referring to their badge, and can high-five someone on the 'down' escalator as you ride the 'up' without breaking your arm.

Let's be honest about it all, the LBF is just a big jamboree. No work is done. Any deals 'made' at the fair have already been negotiated, they merely announce them at the fair.


I go every year to deliver my home-made marmalade to my printers -- it keeps them sweet -- and to drop in on an occasional publishing house and remark, 'You remember that title of mine that you rejected last year? Well it is now in its fourth impression.' That is also sweet.

Go up on the balcony and watch the fairgoers dither like laboratory mice as they wander up and down the alleyways, searching for a direction; laugh at the Japanese lady who tows a low suitcase through the crowd and fells half a dozen people who do not look down before they move; giggle at the office juniors, out for the day, trying not to fall off their high heels as they negotiate right-angled corners.

But don't go there to do any useful work.
Posted by Martin Lloyd at 09:28 No comments: