Passport Portraits of Yesteryear no. 35 – Civilian in a restricted zone. 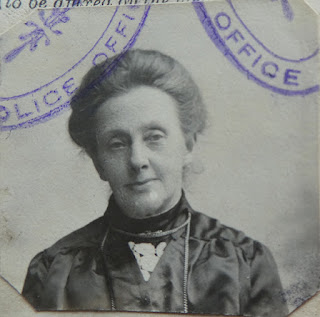 During the Great War (1914-18) British citizens were obliged to carry an identity card for the first time. It was called a National Registration Card and did NOT ordinarily bear a photograph. Persons living within a restricted zone, such as in a port or near a military installation were issued with a special Permit Book under the Defence of the Realm Act, the latter known familiarly as 'DORA.'

It is 3rd. November 1916 and this is Mrs. Sophie Kernan, She is 59 years old, just over five feet tall, of slim build with grey eyes and hair described as 'dark brown turning grey.' She was born Sophie Kimber in Poplar, East London and is of 'English' nationality.

This is her portrait in her DORA Permit Book. She has permission to reside and work at 75 Folkestone Road, Dover, Kent; Dover being a restricted military zone because of its proximity to France and the war activity in the port. She probably works in or owns a lodging house. 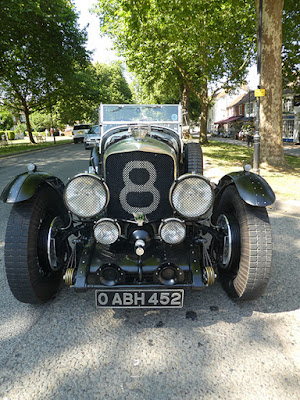 What a lovely sight! A vintage 3-litre Bentley of the type that formerly roared around the Le Mans 24 Hour circuit. I found two of them parked in Tenterden High Street on Saturday morning and they did rather look at home in their surroundings. 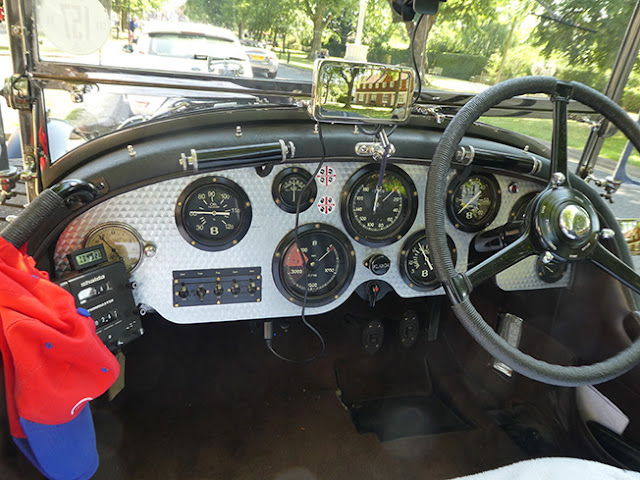 The Belgian owners were having a cup of tea outside a nearby tea shop whilst keeping a watchful eye on their vehicles – each one would be worth several hundred thousands of pounds. Both had been well restored and discreetly updated to render them driveable on today's roads. Inspecting the instrument panel I was interested to note that the red section on the rev. counter stretched from 3 to 4 thousand revs – apparently a long-legged motor, not a high revver. The speedometer was calibrated up to 180 mph. I tried to imagine the driver handling the vehicle at that speed with no power assisted steering.

Enzo Ferrari once disparaged this breed of Bentley with the observation that they were, 'the fastest lorry in the world.'