The white sheep of the family. 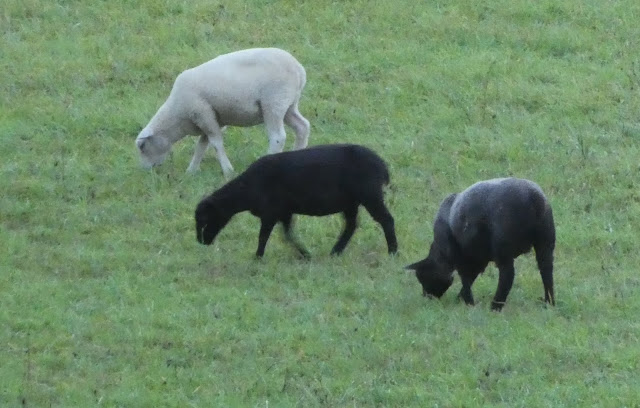 Poor chap! I bet he gets teased something rotten.

Posted by Martin Lloyd at 09:36 No comments:

Not quite the burning bush. 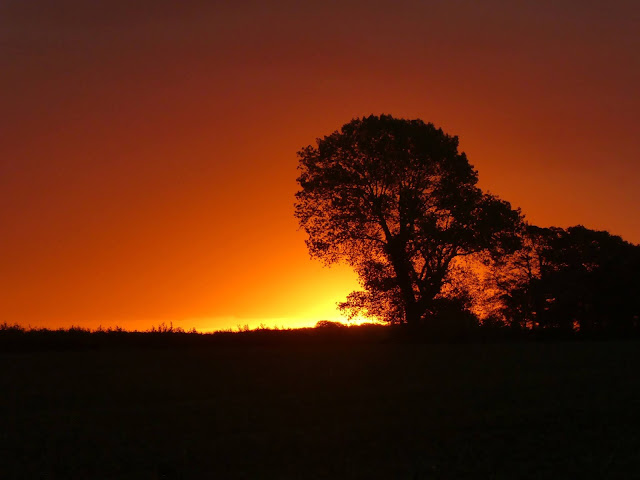 Just the sun rising behind the trees.

This blogspot software really is rubbish, you never get what you want. The 'new, improved for customer convenience' version now requires four mouse clicks to every one of the former system and it still does not work properly. Let's hope that somewhere, one of their, 'no, we don't scan your posts' spies is sifting this information and will do something about it.

Posted by Martin Lloyd at 08:48 No comments: 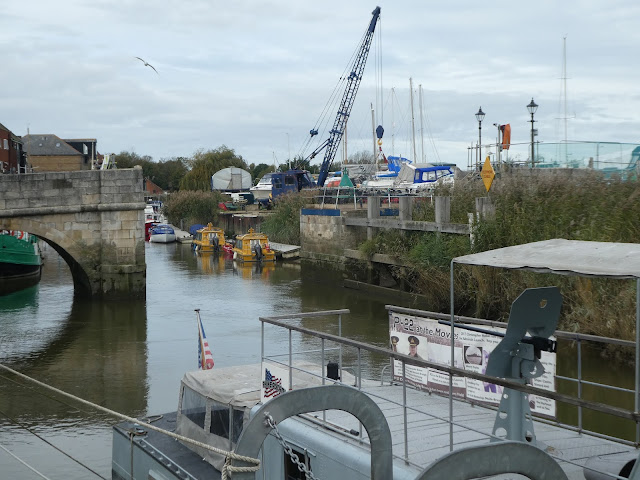 There should be an iron swing bridge between those two stone pillars to carry the road over the River Stour at Sandwich.

As I discovered on my bicycle ride this morning, Sandwich Toll Bridge is not there. It has been removed for essential maintenance to the bridge deck and the electrical and mechanical opening mechanism.

Sandwich town is full of drivers following one set of diversion signs to the north and then mistakenly slipping into the southbound route and eventually running around in circles to end up where they started.

Posted by Martin Lloyd at 16:51 No comments:

Passport Portraits of Yesteryear no. 47

Continuing the series of passport portraits in my collection. 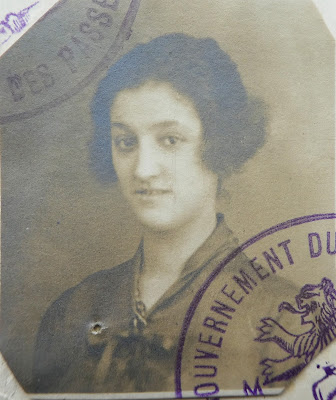 It is 1921 and the economic surge which the Belgian Congo experienced during the Great War, fuelled by demand for its copper and rubber, is beginning to slow down. The Belgian government seeks to revitalise the country by investing millions of dollars in the country.

Jeanette Beymenhauch, a 25 year old housewife from Bruxelles with brown hair and black eyes wishes to go to Katanga. She first has to obtain a visa from the Belgian authorities to allow her to leave her country. She then asks for a British visa to transit the United Kingdom on her way to Cape Town to then travel up country to the Belgian Congo.

She lands at Dover in February 1921 and boards a ship in London Docks. This takes her to Cape Town where she arrives at Table Bay on 28 February. After a couple of months she applies to the British Vice Consul in Katanga for her return transit visa to Belgium via the UK and disembarks at London Docks on 11 June 1921.

Nowadays she would be able to fly direct in eight and a half hours.

Posted by Martin Lloyd at 21:07 No comments:

Who is paying their electricity bill? 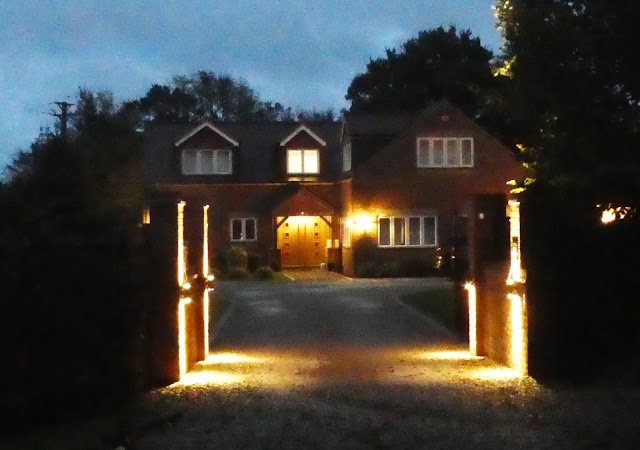 Posted by Martin Lloyd at 09:11 No comments: 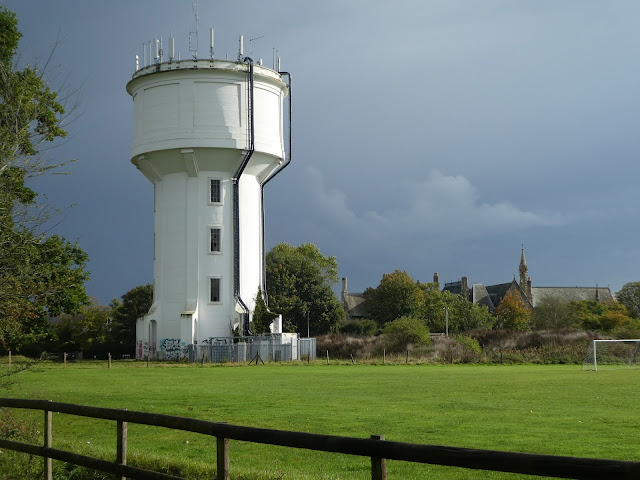 Actually it is called St. Thomas's Water Tower, I believe, because it is at the top of St. Thomas's Hill in Canterbury. It was built in 1927 and stored and supplied water for Canterbury from the tank in the tower and from the underground reservoir it stands on.

It is decommissioned now and empty of water but judging by the sky we will be shortly well supplied with water.

Posted by Martin Lloyd at 15:48 No comments: