Passport Portraits of Yesteryear no. 20 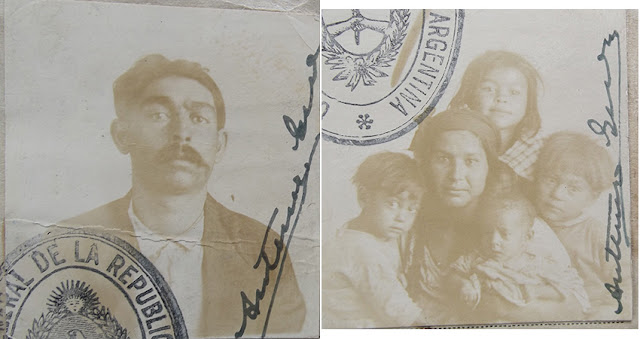 Antonio Yancovich, a 27 year old livestock dealer from Serbia has just been deported from the USA with his wife and four children. He had travelled on a Chilean passport which had been issued to him in 1923 but now he is in Argentina. The Argentine authorities have issued him this passport in October 1924 to help him to reach Buenos Aires.  He probably hopes to find work there.

South America was a net importer of unskilled immigrants in the 1920s as was the USA. Perhaps the latter just did not want an illiterate Serbian livestock dealer.

I wonder what happened to them.