We came over the Col de Larche from France into Italy this morning. It was a very pleasant journey with very few cars and only three trucks in the thirty kilometres from the frontier. This was just as well because it is not a wide road. Then everything changed at a place called Ruviera. Down in the valley we could see some sort of distribution depot stuffed with about two hundred articulated trucks. I could not understand the rationale of siting such a depot at the extremity of Italy on a road which only led to France. I had little time to ponder this conundrum because I was suddenly dodging trucks on their way up to the depot and being chased by those on their way back down. 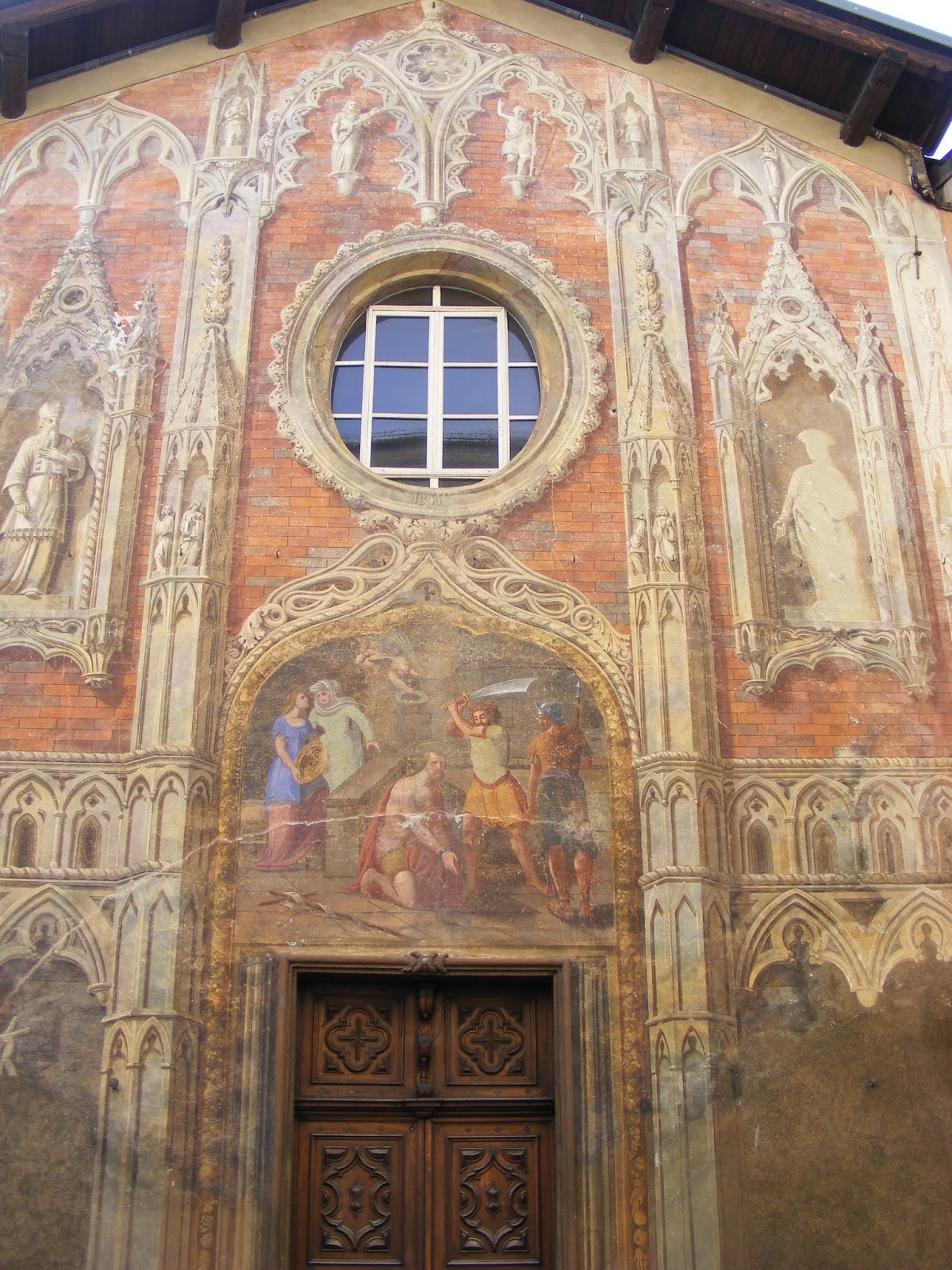 Ten kilometres further on we stopped at the ancient village of Demonte. We drank a coffee in a bar under the mediaeval arcades.

Here is one of the churches in the street.

The entire facade is a painted trompe l'oeil 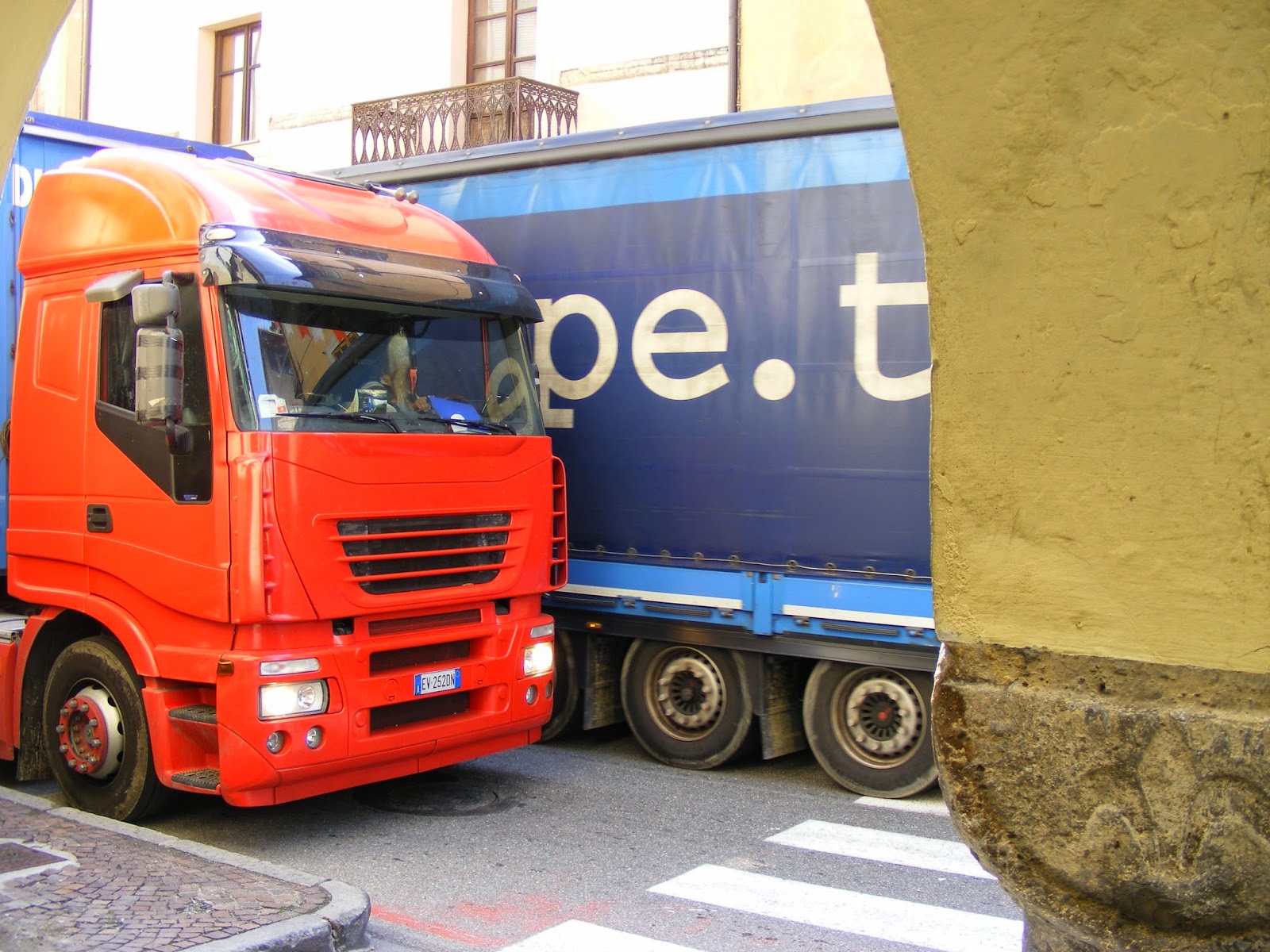 And here are two trucks stuck outside it. One truck is on his way up and the other on his way down. 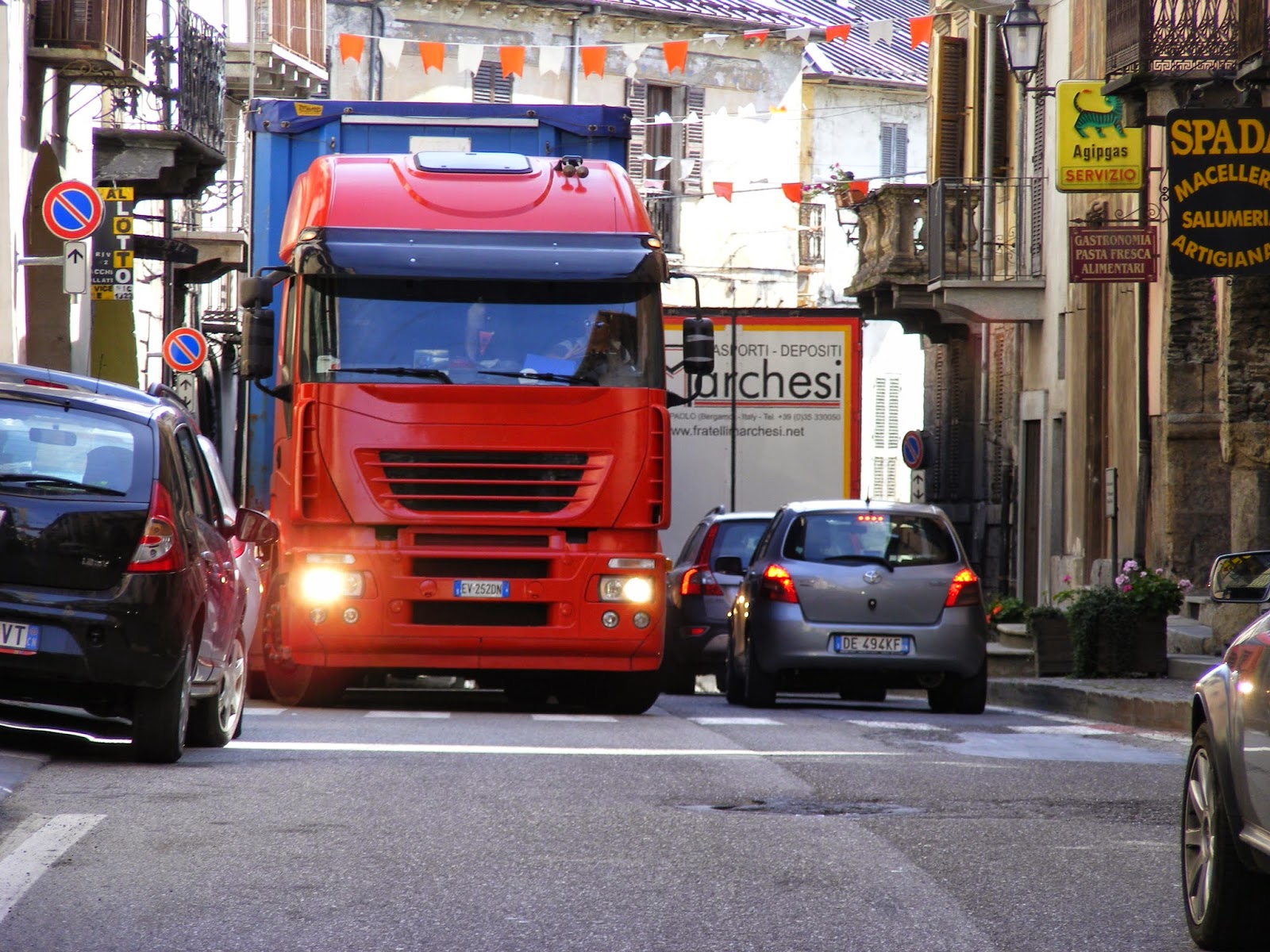 But they have no need to hurry to disentangle themselves because the end of the street is blocked by some of their mates.