The Macdonald Arch at Folkestone

So, Folkestone now has a Memorial Arch at the end of the clifftop promenade called The Leas. Its purpose is to remind us of the thousands of soldiers who marched away down what is now called the 'Road of Remembrance' to the quayside in order to embark for France in the First World War. 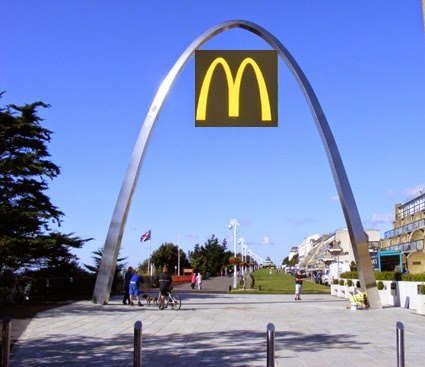 But who chose the design? Situated as it is, right next to Macdonald's, I am afraid to say that it reminds me more of 'take away' than 'march away.'